The FAMILY LAW REVIEW 2014: What A Year It Has Been! One of our biggest trials has been completed and judgment was handed down. This involved a multinational company based in New Zealand with premises in Queensland, Victoria, and a manufacturing company owned in China. A matrimonial property dispute in which we acted for the […] 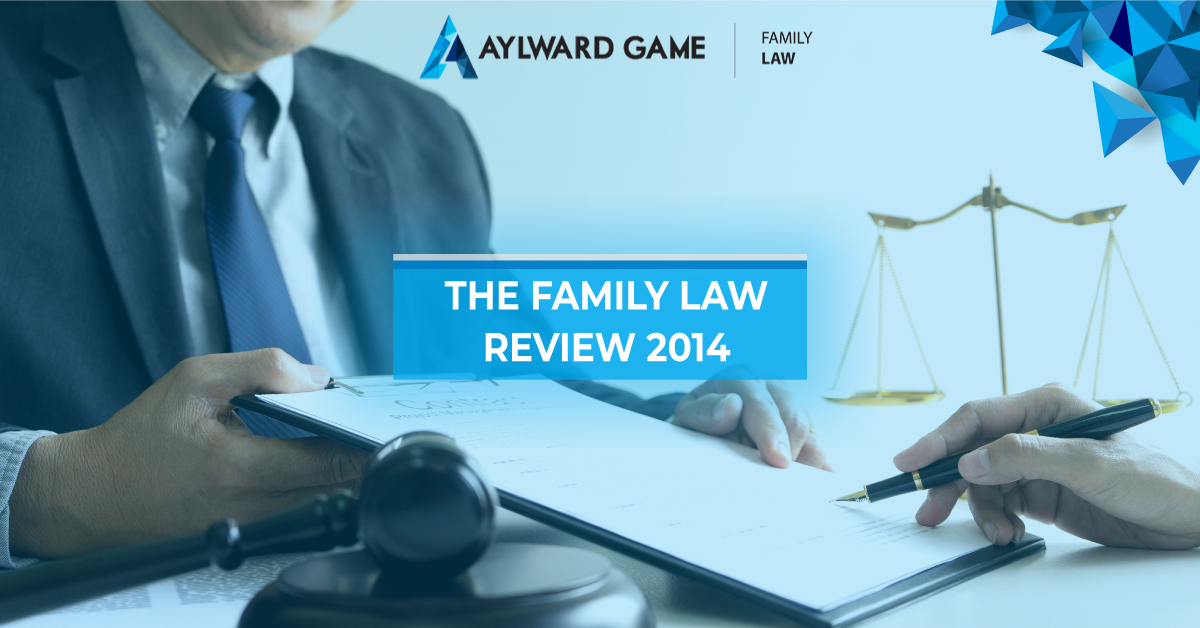 One of our biggest trials has been completed and judgment was handed down. This involved a multinational company based in New Zealand with premises in Queensland, Victoria, and a manufacturing company owned in China. A matrimonial property dispute in which we acted for the husband. There were adult children, although financially independent of their parents, who did receive large financial benefits from the company and trusts. As with most cases in the Family Court, neither party was completely satisfied with the outcome. At the beginning of this year, we gave consideration to appealing certain aspects of the judgment which dealt with loans obtained by our client in China which were based on good faith and without documentation. However, the judgment fell within the 10% range that we advised our client at the outset of the proceedings and it was decided that in these circumstances an appeal would not be lodged.

Directions were given in another matter in the early part of the year for the ongoing conduct of a trial involving a soldier who had served time in Timor and Afghanistan and who had been discharged from the army because of his post-traumatic distress disorder a matrimonial property dispute with children’s issues. We significantly limited our fees for this client. The trial continued through the year and will not conclude until sometime in the new year. At the present time, we are acting for the client “pro bono” which means that we will not be charging our client for the future work to be carried out on his behalf. The client has the sole parenting of the children of the relationship. The financial issues arising from the relationship are still to be determined. We are hoping for a successful outcome for this client to assist him with the burden of financially raising his children.

Another interesting case continued in the Family Court throughout the year. The client had retired from the Air Force in which he had an administrative role. The parties had agreed on the parenting of the children. It was his desire to be trained as a pilot and he continued his training for this throughout the year. He had sufficient training to be a trainer for other pilots and received a limited income from this employment. His former wife held a high position in the government and re-partnered. She had also stripped the accounts of the parties and applied the monies for her own use. The case eventually concluded. The parties were able to resolve the financial issues arising from the breakdown in their marriage and our client received a settlement within the range we advised at the commencement of the proceedings. It is our hope that he completes his pilot training and becomes employed with one of the major airlines.

As well Queensland Collaborative Law held its regular monthly practice group meetings which provided a regular exchange of information and talks essential to update the necessary skills in this area of family law review and practice.

I enjoyed meeting new clients not only at our main South Brisbane office but also at our City Office throughout the year. Many new matters commenced throughout the year. I lot of these matters were able to be resolved without the necessity of litigation in the Family Court.

I continued with my Notarial work throughout the year and assisted many clients with the completion and authorisation of overseas commercial documents.

Our marketing continued in earnest throughout the year. I am grateful for the assistance provided by a lecturer in media and marketing at the University of Queensland. Our new website was designed and we have continued upgrading the details on the website throughout the year. It is now fully operational and working well. A job well done by our website designer and manager.

Another case involved a young woman who was injured whilst driving a large truck in the mines in Queensland. We were successful in preventing the former partner of this client from obtaining any interest in the large personal injuries compensation which was eventually paid to her. Her main concern was to again have her dog Lucy stay with her and part of the settlement involved an order that the dog remains in our client’s care. A happy result for our client and Lucy.

A number of matters dealt with during the year involved fathers whose children had been alienated from them by their mothers. In one of these matters, we were successful in obtaining orders whereby the children were taken from the mother and placed in the paternal grandmother’s care which then enabled the father to gradually again build up his relationship with them. In most cases, we were able to re-establish the father’s relationship with their children. These are sad cases in which the children become heavily involved, where psychologists, social workers, and Independent Children’s Lawyers play a major role in assisting the children to reach as best as possible a healthy relationship with both parents.

I and other members of my firm enjoyed the regular networking meetings with Business South Bank a Corporation that looks after the interests of businesses in the South Brisbane area. We participated in the Show-Case where 50 odd businesses provided information on their firms. We enjoyed meeting with our fellow business owners and learning more about their business and activities.

We were involved in a number of domestic violence matters throughout the year and were able to bring them to successful conclusions.

Overall we had very wide and varied case management.

Socially we enjoyed a number of functions including the networking functions held at various venues with Brisbane South Bank, the Melbourne Cup and we look forward to enjoying our end-of-year Christmas function.

I appreciate the efforts and support given to me by the professional and administrative staff that work with me and we enjoy a very harmonious and enjoyable office relationship.

I am grateful for the support of my clients throughout the year and look forward to working with them in the new year.

I take this opportunity of wishing everyone a Happy Christmas and a very prosperous 2015.

Lockdown: Are the Family Law Courts in Brisbane keeping up with COVID crisis?