Check out a recent discussion about gender equality regarding domestic violence. Comments from Mr. Ian Field: Good on you Bettina. It’s about time someone stood up and presented the true facts about domestic violence. Bettina Arndt wrote a very thoughtful article on domestic violence in the Weekend Australian, in the Inquirer section of the paper […] 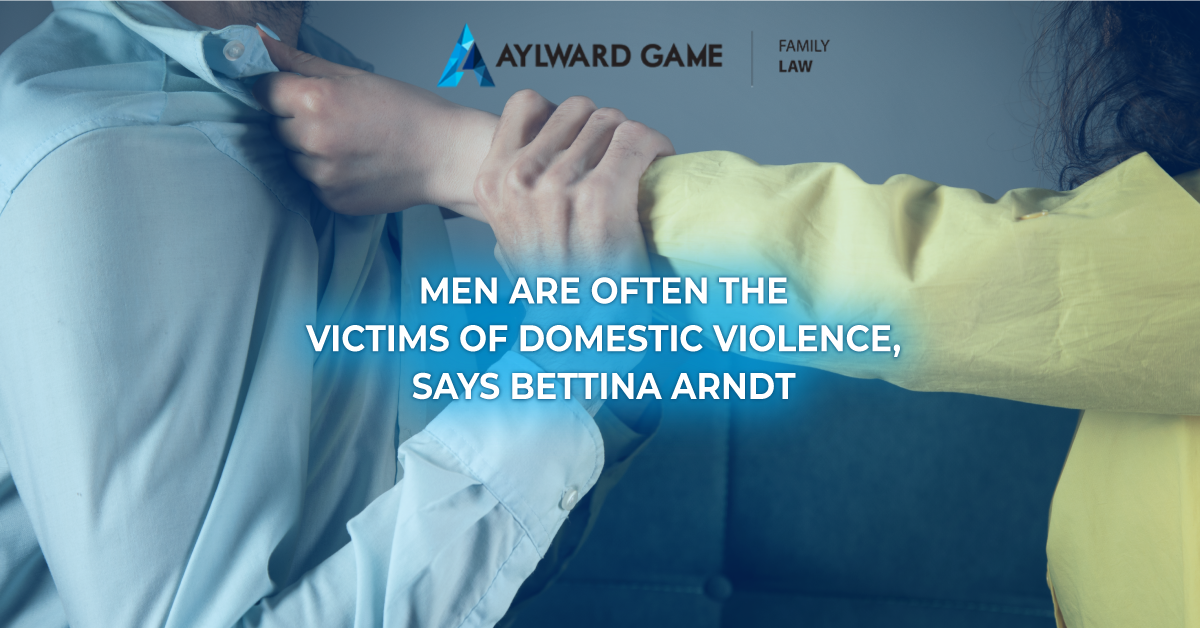 Check out a recent discussion about gender equality regarding domestic violence.

Good on you Bettina. It’s about time someone stood up and presented the true facts about domestic violence.

Bettina Arndt wrote a very thoughtful article on domestic violence in the Weekend Australian, in the Inquirer section of the paper [Nov 14-15 2015].

“Our culture assumes domestic violence is almost invariably committed by men. But the data reveals a surprisingly high number of women are abusers “

Quotes from her article:

“Yet where the anti-male bias reaches its zenith is in the witch-hunt over domestic violence. —the zealots controlling public debate on this issue are absolutely determined to allow no muddying of the waters. Violence by women is dismissed as irrelevant, violence against men is routinely ignored or seen as amusing.”

She goes on to say in her article that Erin Pizzy who set up the world’s first refuge is now world-famous for her strenuous campaign arguing that domestic violence is not a gender issue. Bettina quotes from a book written by Erin Pizzey, ”I always knew women can be as vicious and irresponsible as men“. She further quotes, “We must stop demonising men and start healing the rift that feminism has created between men and women—insidious  and manipulative philosophy that women are always victims and men always oppressors can only continue this unspeakable cycle of violence.”

“In Australia, men made up a quarter of the 1645 partner deaths between 1989 and 2012. And proportions of non-physical abuse [ for example, emotional abuse ] against men are even higher. Women are about as likely as men to kill their children and account for more than half of substantiated child maltreatment perpetrators.”

Bettina makes a strong statement in her article, ”BOTH MOTHERS AND FATHERS CAN BE VIOLENT; WE NEED TO ACKNOWLEDGE THIS“

Again she quotes Erin Pizzy, “The roots of domestic violence lie in our parenting. Both mothers and fathers can be violent; we need to acknowledge this. If we educate parents about the dangers of behaving violently to each other and to their children we will change the course of those children’s lives “

In my experience violence in a family breeds violence. Children who suffer violence at the hands of their parents in many cases are violent in their relationships in the future.

Bettina refers to Malcolm Turnball’s first major policy announcement, the launch of a $100 million women’s safety package, and the speech of Rosie Batty who herself suffered the victims of domestic violence,” This is a gender issue “ she said firmly, mouthing the party line—not one word of compassion for men, nothing about men and children who are victims of female domestic violence.

Malcolm wakes up to the facts. For the sake of presenting a non-biased and truthful view of domestic violence, read the article of Bettina Arndt. Hopefully, his views on other issues are not as flawed.

In my 40 years of practice in family law, I’ve seen the violence emanating from both men and women. In my experience, there is a perceived bias of many magistrates [not all] hearing domestic violence applications towards women. It is too easy for allegations to be made against a male partner which invariably leads to domestic violence orders issuing against fathers naming the children as aggrieved persons in the orders effectively shattering the family relationship causing severe trauma of not only fathers being torn away from their children but children who have a close bond with their parents being torn away from the love and affection of their fathers. These traumas can last a lifetime and effectively disrupt any meaningful relationships the children of such orders may have in the future. In many cases, such orders are justified. In many cases, they are not. The applications are extremely hard to defend. The Courts must recognise that family violence may stem from women and not always from men. It is to be hoped that the special domestic violence Court being trialed in the Southport Court recognises the true position in such matters and makes orders where the fault really lies.

Bettina Arndt states that Queensland Premier Annastacia Palaszcuk recently made headlines by calling for campaigns against domestic violence to include male victims. Good on you Premier.

Wake up Australia. There are two sides to this issue.