A Discussion About Child Custody

Did you know the term ‘Child Custody’ is no longer referred to in the Family Law Legislation? It was the term used previously by the Family Court. It was considered that Child Custody Lawyers donated property rights to children that are that one party owned the children whilst the other party had the rights to […] 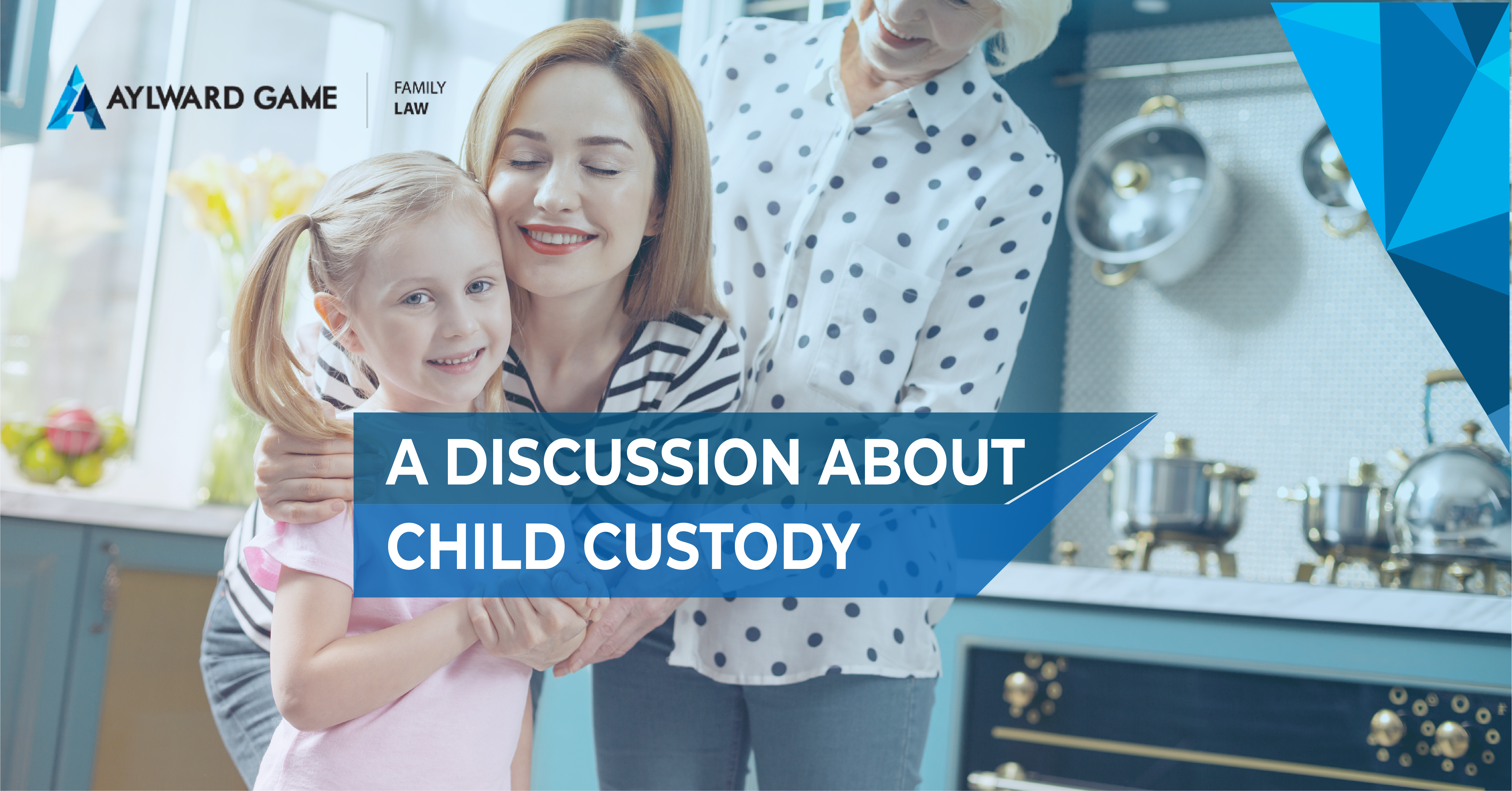 A Discussion About Child Custody

Did you know the term ‘Child Custody’ is no longer referred to in the Family Law Legislation?

It was the term used previously by the Family Court. It was considered that Child Custody Lawyers donated property rights to children that are that one party owned the children whilst the other party had the rights to have the children visit from time to time.

It was considered that the term should be changed to the children living with one party and spending time with the other party. These are the terms that are now used by the Court when making parenting orders. This came into effect in 2006.

Decisions in cases involving disputes about where the children should live and how much time they should spend with the other parent or other significant adults in their lives are now made pursuant to the Family Law Act.

The Attorney General when making changes to the Family Law Act summarised the principles as follows:

“The law will take the view that parenting is a responsibility which should be shared and, in most cases, parents will need to consult and agree on major issues affecting their children.”

“Where both parents share responsibility, consideration will also be given to the children spending equal or at least substantial time with both parents providing that this is practical and not contrary to the best interests of the child.”

It was the intent of the legislation to changing the culture around family separation.

The changes to the legislation were designed to support and promote shared parenting and encourage people to reach an agreement about parenting of children after separation. Changes made were to encourage parents to take responsibility for resolving disputes themselves and not in an adversarial manner.

Has the Government’s wishes in this regard been achieved? I think not.

The Federal Government also introduced family relationships centres being centres where parties are required to mediate matters relating to the parenting of their children. A number of family relationship centres were established in the Brisbane area. It is a requirement now that where parenting issues cannot be determined that the parties must first attend a mediation to try and resolve the parenting issues amicably and the family relationship centres were established for this purpose. Unless there are urgent matters requiring urgent attention or where the welfare of the children is in jeopardy then the Courts may hear applications in regard to the parenting of children without the parties attending on mediation. The parties can attend mediation at other centres such as Relationships Australia if they so wish. The persons conducting the mediation must issue a section 601I certificate confirming that mediation had been appointed and this certificate must be filed with the Court with any application by a party concerning his/her children. A Court will not hear a child custody application regarding parenting without such a certificate being filled with the Court.

These principles relate to all children under the age of 18 years that is prior to children becoming adults, whether the parties are married or unmarried.

The Family Law Act and therefore the Federal Circuit Court (Family Court) applies in all states of Australia except Western Australia. Western Australia did not refer its legislative powers in regard to family law to the Federal Parliament and now operates its own Court system in relation to such matters.

When considering parenting issues the overriding principle the Court must apply is that the best interests of the children are the paramount consideration. That is the Court is required to protect the rights of children and promote their welfare. The principal overrides the wishes and desires of either the mother or the father. The principal was established in an English decision. ‘When all the relevant facts, relationships, claims and wishes of parents, risks, choices, and other circumstances are taken into account and weighed, the course followed will be that which is most in the interests of the child’s welfare.

Section 60B of the Family Law Act states that the best interests of children are met by;

Section 60B(2) of the Family Law Act states that except when it is or would be contrary to the child’s best interest;

In regard to the children having a right to enjoy their culture the rights of Aboriginal and Torres Straight Island children to access, explore and appreciate their particular culture is clearly, and distinctly, set out in the principles of the Family Law Act.

One wonders if this principle would also apply to other cultures such as the Muslim, Jewish, Hindu, or other such cultures in which the children have been raised or in which the parents have an interest. As stated it clearly applies to Aboriginal or Torres Straight Island children. I am unaware of these principles being applied in relation to other cultures.

Section 64B(2) of the Family Law Act sets out particulars of parenting Orders that the Court can make. The section sets out the following provisions;

There is an underlying presumption in the family law legislation that the parents of a child have a shared parental responsibility that is that parents share a shared parental responsibility in making decisions about major long-term issues affecting their children. A parent cannot unilaterally make a decision in regard to such long-term issues without the consent and consultation with the other parent.

A major long-term issue in regard to a child is something that could be related to the care, welfare, and development of the child and could include but would not be limited to the child:

Day-to-day parenting of a child does not normally fall within the definition of shared parental responsibility. Parents are not obliged to consult each other on issues that are not major long-term issues. This means that the parent with whom the child is spending time will usually not need to consult with the other parent about the day-to-day decisions for that child in such circumstances in regard to the meals to be provided to the child, what the child wears, or what activities the child will be involved in, whilst residing with that parent.

However, unilaterally enrolling a child in a sporting or other activity which would affect the other parent’s time with the child may be considered a shared parental responsibility in which case the consent of the other parent should first be obtained.

However, the overriding principal of what’s in the child’s best interests must always apply when making decisions in regard to shared parental responsibility and the parties spending equal time with the child or significant time with the child.

Clearly, the Family Law Legislation covers every aspect of a child’s life and the parenting of that child.

The majority of matters proceeding to a trial in the Family Court relate to children’s issues, the requirements for parents to seek counseling or mediation prior to bringing any application in the Court has not deterred to any great degree, the number of applications which are made in the Court relating to parenting of their children. When considering the best interest of a child the Family Law Act set’s out other considerations.

The Court will also look at a parent’s involvement in the past parenting of the child and whether that parent has shown interest in the parenting and development of the child.

It is interesting to note that the legislation does consider other persons apart from the parents when making Orders in regard to children. That is persons that have a significant interest in a child’s life such as grandparents or relatives also have rights to that child and the Courts will consider any application by such persons to continue with their parenting or involvement in a child’s life. In most cases, persons who have a significant interest in a child apart from the parents are normally subordinate to the parents’ rights and in most cases, any application brought by such persons the Courts will consider their rights to a continuing relationship to the child and how that effects the primary parent’s roles in regard to such parenting.