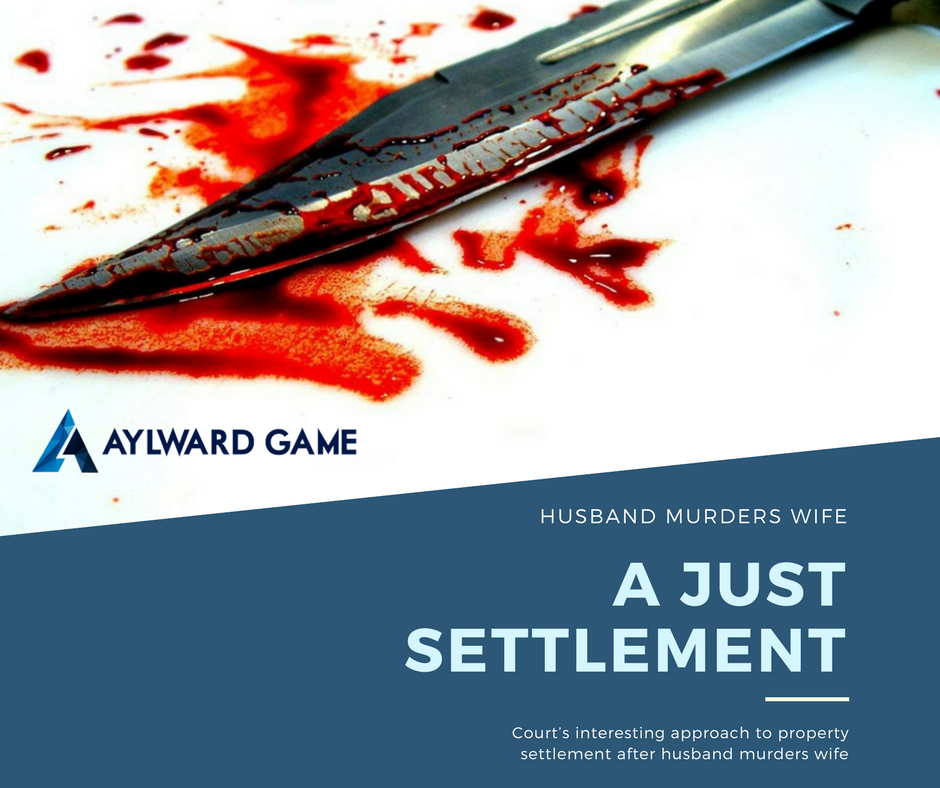 The Family Court of Australia has delivered judgment in Family Law property settlement proceedings brought by a wife who was subsequently murdered by her former husband. The former husband shot the wife resulting in her death, and also shot a friend of the wife who suffered permanent injuries as a result. He was sentenced to 25 years imprisonment after being convicted of murder, and a further 3 years for grievous bodily harm in relation to the wife’s friend.

After the wife’s passing, her estate continued the Family Law property settlement proceedings.

In the Family Law proceedings, the Court found that the husband was entitled to 65% of the property of the deceased wife and the husband. This was based on substantial initial financial contributions made by the husband to the relationship.

Ordinarily, the position at law is that a criminal cannot profit from their crime, nor can they receive property gifted to them by their victim as an inheritance. This judgment has raised concerns about what might happen if a similar set of circumstances arose and there was no third party with an interest in receiving the husband’s entitlement to the property pool. It is interesting to note that the Court found the husband was still entitled to this share based on a consideration of the respective contributions by the parties to the relationship, but only upon considering the “justice and equity” of the decision was it found the husband should not receive his share.

If you have a Family Law query or need assistance in navigating a matter you may be facing, please reach out to our team on 1800 217 217 or contact us.