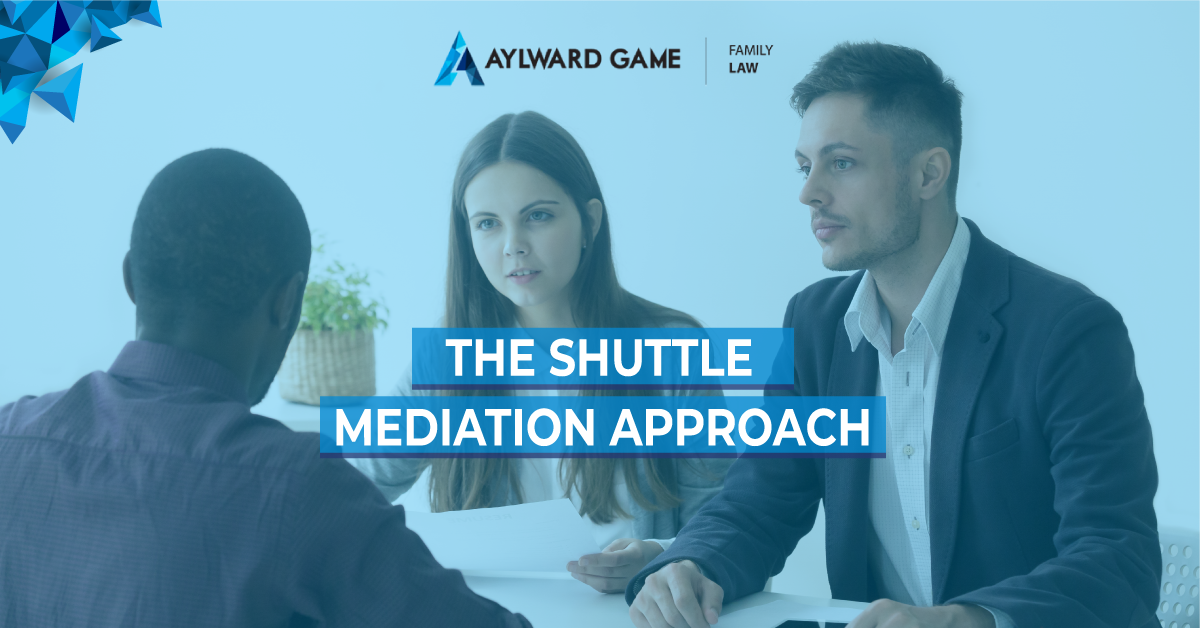 A recent article by Linda Kochanski examined the pros and cons of this form of mediation.

My Experience in Shuttle Mediation.

In family law, we endeavour to avoid litigation in the Courts if at all possible. How can this be achieved? 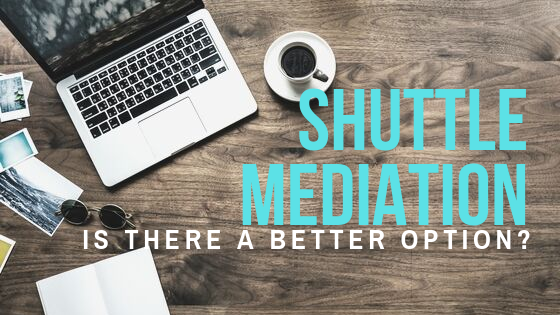 The best form of negotiation is by way of the collaborative process. Full particulars of this process can be obtained from our website. Briefly stated, the parties will be involved in negotiations with their respective lawyers. Both lawyers have had extensive training in this process. The parties with the help of their legal representatives work together towards a goal of resolving the issues on which the parties can not agree with an emphasis on retaining the dignity and best interests of the parties.

What Is Shuttle Mediation Vs Facilitative Mediation?

My initial training in mediation was with Marriage Guidance now Relationships Australia.

I was asked to join a group of lawyers, social workers, and psychologists to undergo specific training in mediation. This course extended over a period of eight months and involved extensive training in mediation, a course which was developed in America and which had then been recently introduced into Australia.

One should carefully distinguish shuttle mediation, which occurs with the parties in separate rooms who speak only through an intermediary, from facilitative mediation, the goal of which is to help the parties speak directly with one another.

At the end of the training we were engaged as mediators and I may say that the mediations we carried out were very successful.

The mediations involved a lawyer and either a social worker or psychologist, a male / female combination as mediators. The mediation with both parties being present extended over a number of two-hour sessions which initially involved information gathering and then negotiations in relation to property and children’s issues. The social workers and psychologists with their specific training not only were actively involved as mediators but were also able to maintain the meetings on an even keel. They were able to successfully deal with any emotional issues which may have arisen during the course of the meetings. The parties felt relaxed knowing there was a male/female collaborative approach as mediators conducting the mediation with their interests at heart.

What happened to Co-mediation?

What happened? Co-mediation is now a rarity, A single mediator is now appointed and shuttle mediation has developed. What is this? The parties and their solicitors are placed in separate rooms. The mediator calls in the legal representatives and asks them to outline their case. This invariably means that the mediator asks the lawyers what they hope to achieve for their clients. What percentage of the value of the assets does your client want. This leads to two extremes. One party seeks a high percentage and the other party seeks to achieve the lowest value for a settlement. The solicitors then return to their clients in their separate rooms and the mediator shuttles back and forth between the rooms until a compromise is achieved which invariably is the halfway point between the two opposing values.

Is this mediation? I don’t think so. Do the parties feel cheated? I believe so. Most of the time.

My firm prefers a co-mediation approach with psychologists engaged as the co-mediators. It is the balance of a male/female relationship with the mediators and the clients. The clients feel safe in this environment and are able to participate jointly in the negotiations. The parties are encouraged to listen to the desires and wishes of each other and to reach a settlement that they can both live with. It has elements of a collaborative approach. The aim is to encourage the parties to maintain the best relationship possible in the circumstances. In many cases, they will be dealing with each other in their involvement with their children and grandchildren for the rest of their lives.