Drug addiction is always harmful. It is not wise to take drugs, and when it comes to parenting a good parent will never do such a thing. But in the past few years, there has been a rise in cases. Where parents are hurting children after consuming drugs. If you go through a drug and […] 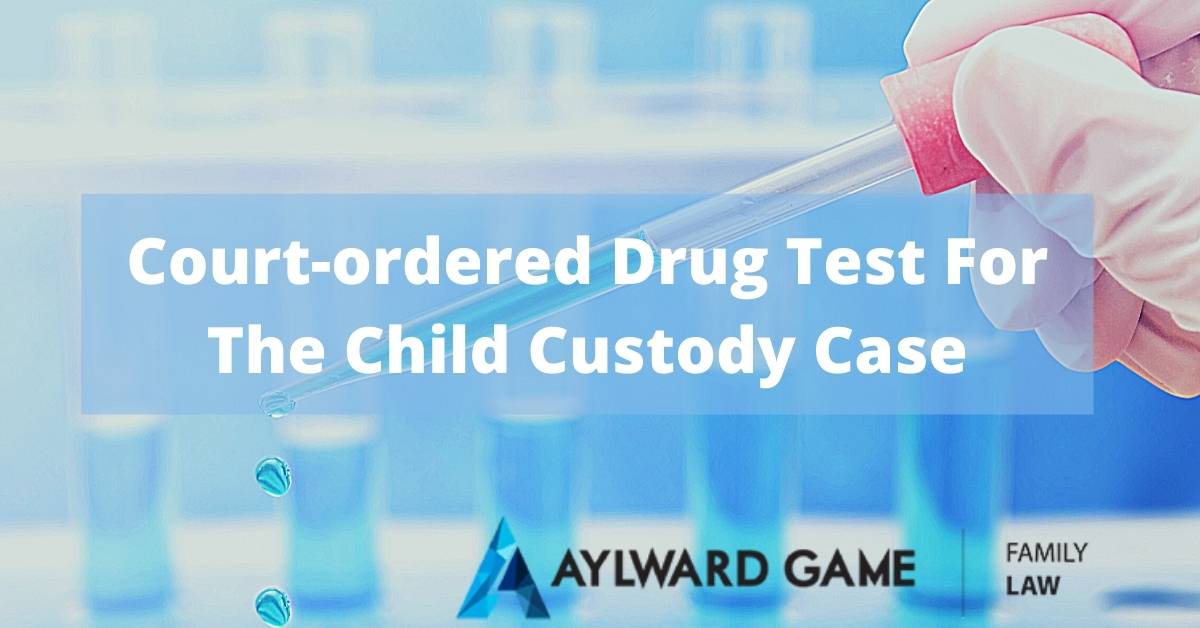 Drug addiction is always harmful. It is not wise to take drugs, and when it comes to parenting a good parent will never do such a thing. But in the past few years, there has been a rise in cases. Where parents are hurting children after consuming drugs. If you go through a drug and the test is positive your chances of meeting the child are reduced. Also, you will not be the guardian after a positive hair or drug test.

Why does the Court Order a Drug Test?

There are two possible reasons for a hair follicle drug test. The first reason is that the non-custodial party requests the court for a drug test. The court can order the test according to the circumstances.

The other reason is the court can order the test on their own for the safety of the child. After the reports, the court can decide who will get custody.

When it comes to child custody the court decides according to the child’s best interest standard. The court will consider the age of the child. Also, it considers the financial situation of each parent before granting custody.

The court may also take your drug test on the same day as your hearing to check if you are lying or not about the use of drugs.

The Main Reasons for Drug Tests:

A court can also order drug tests if there is evidence or a witness that one of the parties consumes drugs. Also, if there are any drug-related activities or drug habits. It is often true when one of the parties states that the other party is a drug user. If one accuses the other of being a drug addict the court can order a drug test for both parties.

Furthermore, even legal drugs can get you in trouble. If one of the parties is using them. And the child has easy access to drugs then the court may reconsider their decision of child custody.

What if you Refuse to Take the Drug Test?

If a party gets a positive drug report they will not get the child. If a party does not have custody of the child they can still visit the child.

It is not good to deny the court’s order. Even if you do then you may lose all the parental rights. The court can also send you to jail.

What Happens if I have a Positive Report?

If the reports are not in your favor then you will not get child custody. As the court wants to give the best environment to children. But the court will reduce your parental rights. You will have permission to visit the child only.

The court decides according to the current situation. You can change it in the future by giving a medical test to prove that you are no longer taking drugs.

There are three major tests involved in drug testing. The tests are a hair follicle test, urine analysis, and alcohol test. Let’s know a little about them.

A parent can go under this test if they are accused of using drugs before. This process starts with taking a hair sample from the head of the person. This process informs the pattern of drug use. This test can get the data for the last three months. It can detect different types of drugs. There is a hair follicle testing cost, which is paid by the person who is being tested or the parties can also share it.

The court can order for a party to undergo a urine analysis. The court may order it regularly or at random times.

This test is cheaper than the hair follicle test. Also, it is not that effective. Some drugs remain in the human body for a while which makes this test impractical.

If there is an accusation of alcohol consumption the court orders to take a blood test to check the liver. The high damage to the liver will show that the person has used an excessive amount of alcohol. The court can also order EtG testing. The test starts by taking a blood sample. This test can state the consumption of alcohol about five days before the sample is taken.

The accused party may also go through hair follicle testing for alcohol abuse. It used to check if a person had used alcohol over a certain time. This method is the most efficient to test alcohol consumption.

It is never good to be a drug addict or to consume too much alcohol. You will not be healthy if you have this bad habit. Also, a good parent does not want his children to adopt a bad habit. So, try not to get addicted, or else you can lose your child.

As mentioned above there different tests for detecting drug consumption. You will have to take these tests no matter in which state you live in. You will have to go through DNA testing in Brisbane or the court can ask you to take a drug test in Brisbane. It applies the same for all other states.

For information on your specific matter, please don’t hesitate to contact one of our experienced Brisbane, Gold Coast and Sunshine Coast lawyers at Family Law Aylward Game Solicitors.

What is the difference between a hair drug test and a hair follicle drug test?

In general, there is no difference in these tests. Actually, the hair follicle is the pocket below the scalp from where the hairs grow. In a drug test, the hair is taken from the nearest point to the scalp. During the test, only the strands of hair are tested but not the actual hair follicle.

How much hair is needed for a hair follicle drug test?

Usually, only 100 milligrams of hair are needed for the test.

How much does hair follicle testing cost in Melbourne?

There are different laboratories in Australia which are conducting hair follicle tests. This test is expensive, it usually costs 1000 dollars per test.

What do they look for in a urine drug test?

What happens if a parent gets a positive drug test?

If a parent fails the test the court will not give custody to this parent. That parent will have fewer parenting rights. But still, he or she will have the right to visit the child. The parent can also change this order by proving to the court that he or she is no longer taking drugs.