SETTLEMENT FIGURES & ADJUSTMENTS – HOW ARE THEY CALCULATED 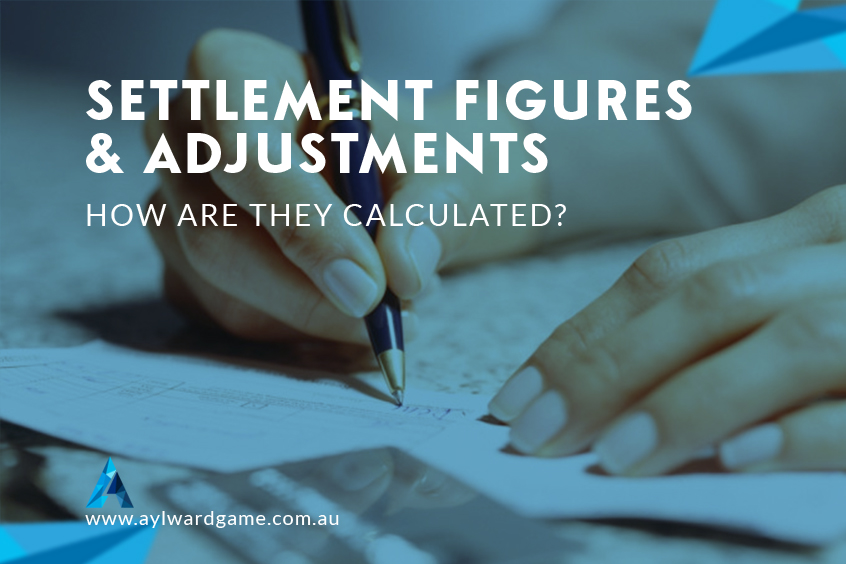 SETTLEMENT FIGURES & ADJUSTMENTS – HOW ARE THEY CALCULATED

Settlement Figures – what are they?

Let’s look at some common adjustments…

Rates, water access charges, and body corporate levies are common outgoings that are adjusted at settlement. For example – a property is due to settle on 1 February. The seller has already paid council rates for the quarter until 31 March 2018. An adjustment would be made so that buyer would pay more at settlement to compensate the seller for the rates they have paid until the end of the quarter. The buyer would be responsible to pay their portion of the rates from the settlement date until the end of the quarter.
Water Consumption calculations are adjusted depending on where the property is located. Some councils include water consumption as part of the rates, whereas other councils use a third party for water consumption charges such as Urban Utilities or Unity Water. The seller is responsible to pay for all water access and consumption charges up to settlement.
The buyer is also required to order a Special Water Meter read which will allow them to calculate the water usage and charges payable by the seller up to settlement. This amount will be deducted from the total amount the buyer is to pay at settlement by way of adjustment.
Seller’s release fee – If a seller has a mortgage on the property, the Land Titles Office will charge a fee for the release of this mortgage, prior to registration of new ownership.
The seller will compensate the buyer for this favor by way of an adjustment at settlement.

For more information on settlement figures and adjustments, for a lawyer for this issue please contact us.